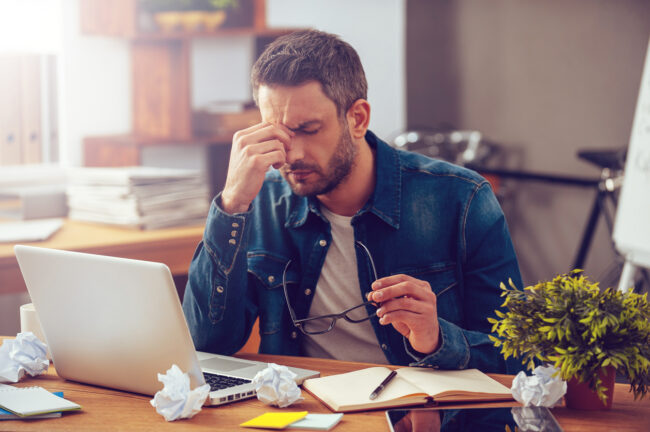 Depression is one of the serious mental illnesses catching up with the fast paced current generation due to various factors such as hectic routine schedules, stressful work cultures, rising negativity in relationships, negative media influence – all pool in their influence on the human mind and the result can be quite nerve wrecking. More number of people today undergo nervous breakdown being subjected to extreme stress. Best natural supplements for depression may be of help to these individuals.

Its no wonder that the World Health Organization has begun to give prime importance to mental illness prevalent among the world population today and is developing best measures to deal with it. Depression is often associated with feeling of hopelessness, loneliness, decreased tendency to socialize, low self esteem, increased tendencies of committing suicide or inflicting harm to oneself or to others around.

Depression ranges from mild, moderate and severe forms. Depression is not merely a result of traumatic life events and emotionally rooted. Clinical depression is thought to be a result of imbalance in neurotransmitters such as serotonin and norepinephrine, upon which the principle of drug treatments are based. Depressed people were found to have decreased levels of these brain chemicals.

The action of these neurotransmitters are at times downgraded or upgraded, which has corresponding impact on the mood of the individual. Imbalance of neurotransmitters is, again, not the sole cause, since merely increasing the levels of neurotransmitters haven’t improved the symptoms of depression. Moreover, studies have found that failure in formation of newer brain cells (neurogenesis) is responsible for causing depression symptoms.

Hence, antidepressants are aimed towards growth of newer brain cells and nerve cell connections [1]. Depression also has genetic basis as found through certain studies, in the case of manic depression and bipolar disorder [2].

Role of Nutrients In Tackling Depression

Nutrients do play an essential role in the severity and duration of depression. It has been found in studies that incorporating nutrient supplementation in the daily diet has shown to reduce depression symptoms. Amino acid supplementation attenuates symptoms of depression since they are converted to neurotransmitters in the body. Following are few of the essential nutrients which have direct implications on brain health. Clinical depression also depletes the stores of certain vital nutrients in the body, which probably makes its symptoms more accentuated.

There are 5 studies which have shown poor zinc levels in patients with clinical depression(4). This can be due to the fact that zinc protects the brain cells from damage by free radicals and hence in a condition like depression, it is natural for the zinc stores to be depleted from the body. Zinc also contributes in improving the efficiency of the antidepressant therapy(5). Zinc is one of the Best natural supplements for depression

The grey matter of the brain is composed of phospholipids, which contains 33% of fatty acids from the omega 3 family. Diets poor in omega 3 fatty acids have found to negatively impact neural function(4). Despite their abundance in the nervous system, they need to be supplied through the diet and cannot be synthesized denovo. Following certain crash or fad diets often causes alteration in moods due to depletion of essential fatty acids.

Tryptophan is an amino acid which is used by the body to synthesize the neurotransmitter serotonin. Serotonin has implications in modifying moods, sleep patterns, acute pain and withdrawal symptoms. Certain studies have shown that tryptophan supplementation does benefit in reducing depression symptoms whereas there are other conflicting review studies which mention that tryptophan levels cannot be increased through diet alone.(6).

The phosphate form of Pyridoxine (vitamin B6) is pyridoxyl phosphate (PLP) which acts as a cofactor in the tryptophan-serotonin pathway. Few studies showed that low plasma levels of PLP was associated with depression symptoms and higher scores in the depression measuring scales (7,8).

Lower levels of folate showed poor outcome of efficacy of antidepressant therapy. It is yet to be determined whether folate deficiency causes depressive symptoms or poor nutrition as a result of depression, gives rise to folate deficiency(4).

Vitamin D affects the manner in which brain chemicals work. Studies have shown that people with low serum levels of vitamin D are at increased risk of developing depression later and conversely supplementing vitamin D for patients with depression improved their symptoms.

Following are some of effective supplements available in the market for nutrient supplementation in depression :

It contains essential herbs and vitamins which have been researched upon as effective antidepressants. Herbs such as saffron, St.John’s Wort, Rhodiola Rosea, 5HTP from Griffonia seeds extract in supplements have been very effective against depression. It also contains vitamins such as vitamin D, folate, Vitamin B12 and zinc all of which are essential for improving brain activity. Its quite expensive from among other mood lifting supplements but has garnered quite positive reviews from customers for relieving post menopausal anxiety and acute pain related to debilitating conditions like fibromyalgia. Available in cellulose capsule so suitable for vegans and vegetarians. This supplement may be considered one of the Best natural supplements for depression

It contains herbs such as ashwagandha root extract, chamomile flower extract, lemon balm extract, GABA and passion flower extract all of which have calming & soothing effect on the nerves and mind. It also contains vitamins such as pyridoxine and amino acids such as tyrosine and tryptophan. It has shown to improve PMS symptoms and resolve anxiety issues. Suitable for vegans and vegetarians and moderately expensive.

St.John’s Wort has been found to be effective in mild depressive symptoms and is well tolerated than other antidepressants. They should however be avoided to be taken along with other antidepressant medications since they can cause severe psychotic symptoms if take together. Also, they can react with other medications hence necessary to take it only under medical supervision. Its effective for post partum and seasonal depression. Its in pure form and hence no side effects. Cheaper than other supplements and suitable for vegans and vegetarians.

It is one of the Best natural supplements for depression. It contains most of the natural herbs which have calming effect on the nerves and the mind such as Ashwagandha, GABA, chamomile, 5-HTP, DMAE and B-complex vitamins and minerals. Suitable for vegetarians and moderately expensive and has garnered positive reviews by customers.


http://www.blsciences.com/ participates in Amazon services LLC Associates program, which is an affiliates advertising program designed to provide a means for websites to earn advertising fees by advertising and linking to amazon.com